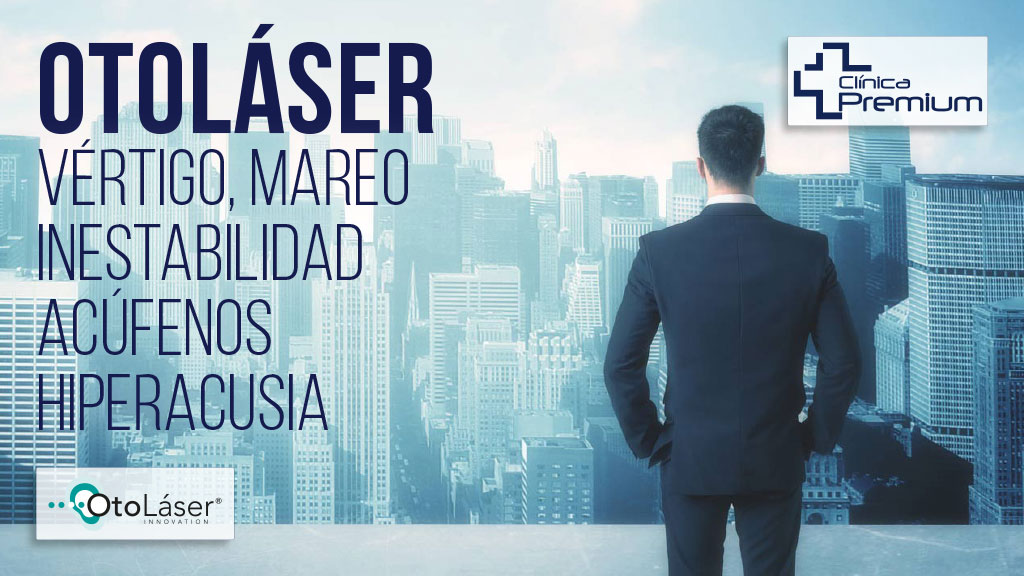 ASK FOR INFORMATION WITHOUT COMMITMENT

The alterations of the inner ear are a series of pathologies whose symptoms are disorders of balance, loss of hearing, annoying noises called tinnitus or tinnitus, excessive hearing,

discomfort with noise, etc. For these conditions, there is currently no globally agreed treatment with assured efficacy; However, we have different therapies and clinically endorsed results.
The objective of the treatment is to improve the “quality of life” in the patient, improving his balance, increasing his hearing and decreasing the perception of noise, through the possible complete (or partial) remission of the psychoacoustic discomfort that these disorders usually cause.

Until now, when a person suffered from a tinnitus they found responses of the type “you have to get used to it”, nowadays this has changed thanks to the so-called Global Therapy.
The Global Therapy proposed by this program; It is based on scientific studies carried out from the understanding of the mechanisms that tinnitus can cause, to give you a solution.

WHAT DOES GLOBAL THERAPY CONSIST OF?

Global Therapy is applicable to all those correctly diagnosed with tinnitus, the origin or cause of which comes from possible acoustic trauma, or derived from sensorineural hearing loss, or due to the effects of Meniere’s Syndrome, or other causes and alterations or pathologies. characteristic of the auditory system.

Usually, the most generalized treatment, by the medical class, is based on neurological considerations and pathophysiological hypotheses that aim, as the main objective of treatment, to favor natural habituation processes.
Certainly, the habituation phenomenon happens much faster when the physiological improvement is evident in the patient.

For this, the global treatment program implies the use of different clinical therapies that can be as monotherapy or multiple therapy, in unison or consecutively. Thus without order of application or exclusion we find:

Our experience tells us that, over time, waiting and doing nothing to treat tinnitus ultimately leads to worsening of the disorder. In 80% of cases, the benefit you will notice is, on the one hand, the lower acoustic perception of that “aberrant sound” that disturbs you so much, and, on the other, the positive consequences that will prevent you from social isolation.

Photo-therapy is the technique of exposing or irradiating some organ or part of the body with light, normally a laser-type light of optimum power, capable of causing the expected and already known photo-biological effect at the cellular level.
When cells are irradiated with the energy of a laser light source, different photo-receptor enzymes have been shown to react by activating mechanisms of mitochondrial respiration, with biochemical reactions that regenerate cell function.

Regeneration involves recovering lost functions and normalizing those processes of cellular metabolism that are altered. The biological responses that occur in the same cell are dependent on the type of laser, its wavelength, average intensity, etc …
Treatment with medical laser is painless, without adverse or secondary effects and without risks for the patient.
But the most important thing is its benefit in the vast majority of people with hearing and vestibular disorders.

It consists of correcting the mineral and electrolytic metallic deficit of the patient with tinnitus.

Currently, palmar spectrophotometry (oligoscam) analyzes the minerals, trace elements and toxic metals present in the body.
With the information from this analysis, the specialist will propose a treatment with nutraceutical products (natural products not considered drugs), which will help normalize and stabilize the functional metabolism of the patient affected by imbalance, vertigo or other hearing disorders.

It consists of controlling the diet to help regulate the balance of fluids in the inner ear, modifying both the composition and the quantity of some of the foods that are usually consumed by the patient. A good hydration will be coupled with the reduction in the consumption of alcohol and foods and beverages rich in sugar, caffeine, and tyramine amino acid (which is an activator of migraine and tinnitus); Likewise, it is necessary to avoid certain drugs that are very commonly consumed (non-steroidal anti-inflammatory drugs, antacids, acetylsalicylic acid, etc.) that tend to produce a generalized electrolyte imbalance.

EXPERTS IN THE TREATMENT OF

ASK FOR INFORMATION WITHOUT COMMITMENT

MAKE AN APPOINTMENT BY PHONE

OR REQUEST AN ONLINE APPOINTMENT

WE ARE IN THE CENTER OF MARBELLA WE HAVE 2 PUBLIC PARKINGS LESS THAN 250 M. FROM THE CLINIC

Private clinic of medical specialties created to give the best service and attention to the entire Costa del Sol.

Our main motivation is to achieve the satisfaction and well-being of the patient. Formed by a young and dynamic team, which has the services of the best and most prestigious doctors and surgeons on the Coast. Specialists with a high level of preparation and a long history in the sector.